called to another way 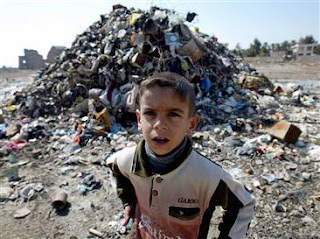 If there is one thing that has been consistent in my life since starting seminary, being ordained and serving as a priest, it has been standing in opposition to the Iraq war. While a seminarian at Virginia Theological Seminary, I was part of organizing the local chapter of the Episcopal Peace Fellowship. I attended many and helped organize a few vigils and marches on campus and off, in front of the White House and the Capitol. Between classes on systematic theology and pastoral care I could be found in the seminary computer lab sending out email newsletters entitled “Called to Another Way” with articles by Stephen Zunes, Howard Zinn, Alice Walker, Molly Ivins, Ray McGovern and many other people of faith and no faith all who voiced articulate, informed opposition to this unjust war. I was nearly arrested before the war with Medea Benjamin and a huge group of women from Code Pink before the war started. I actually feel guilty about not doing more before the war to try and keep it from happening. I have tremendous respect for all those who have risked much to try and save this planet from war. I’m really grateful that Medea will be a guest at the cathedral where I serve next month.

After seminary, I worked as a priest in a suburban Washington, DC, parish where I taught and preached regularly. I struggled with being part of a faith community whose members both stood in opposition to and in alignment with this Administration’s imperial ambitions. I met fascinating personalities who, despite appearing to be part of the war machine, held profound personal commitments to peace and the upholding of the dignity of every human being. I wrestled each day with how to serve in this place, often driving to work listening to Amy Goodman of Democracy Now on the radio and later finding myself sharing communion with people who would seem to have enormous power and wealth to really change things.

Over a year ago, I was arrested with the Episcopal Bishop of California and other clergy from the Episcopal Diocese of California in front of the Federal Building, we were participants in a “die-in” seeking to draw attention to the numerous casualties of the Iraq War. This arrest didn’t cost any of us very much and it didn’t end the war. But there was something holy going on as we lay there on the cold concrete waiting for the police officers with the plastic handcuffs, surrounded and held up by the chants of our faith community.

This week the interfaith community of the Bay Area will acknowledge the fifth anniversary of the Iraq War on the steps of Grace Cathedral surrounded by numerous shoes and boots, symbolizing the tens of thousands of Iraqi civilians and U.S. military soldiers who have died in this war. At the center of Holy Week, as our attention is on the nonviolent teacher named Jesus who was executed by a religious establishment and an empire unable to comprehend the things that make for peace, we will read names, sing songs, mourn the dead and pray for peace. Join us. 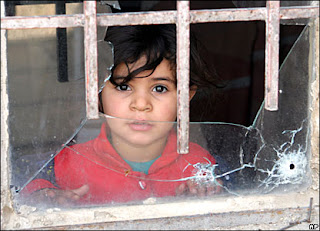 If you are planning to come to the vigil, I encourage you to bring a pair of shoes, or two or three. For the past few weeks one of my responsibilities in helping organize the event has been collecting shoes. We have collected a lot from churches as far away as Santa Cruz. But to be honest, we are far from having enough to truly do justice to the tens of thousands of Iraqi causalities. As I prepared the names for tomorrow’s event I was struck by how few names we actually have --- for example a 10 year old girl shot by U.S. forces last week --- nameless. Yet each one of these people we Christians believe are made in God’s image. As we lay these shoes at the feet of this mighty concrete cathedral, may God forgive us for the atrocity of this war.

Sojourners has put together a profound call for repentance and peace, signed by numerous faith leaders including Tony Campolo, Richard Rohr, and Brian McLaren please sign and share widely. For the past month the God's Politics blog has had moving commentary on the 5th anniversary of the Iraq War, you can check those posts out here.

Jan in San Francisco attended this evening's vigil and took some moving photographs, check them out here. Also, of the news coverage so far KTVU Channel 2 News at 10 p.m. gave our vigil strong coverage, watch the video here. More coverage can be found here and here.

Thank you to all who came, who read names, chanted and prayed. May we continue to pray and work together for peace.
Posted by Will at 8:43 PM
Email ThisBlogThis!Share to TwitterShare to FacebookShare to Pinterest

Will -- your blog is beautiful, a sad thing to say this morning. I wish I'd known you needed shoes.

The only thing jarring to me about the vigil was the question of numbers. Having looked into it, I believe that the number of premature Iraqi deaths following on the US invasion has almost certainly exceeded one million. Whatever that means. Too many.

May we all have a blessed Holy Week.