Earlier this week I had lunch with Alan Jones, Dean Emeritus of Grace Cathedral; as he shared some of his adventures since retiring, he expressed great excitement about an upcoming interview of the influential historian Howard Zinn he was preparing for at City Arts and Lectures. As I left Grace Cathedral that same evening, I walked past a movie set where Zinn's friend and former Cambridge neighbor Matt Damon was filming. Sadly, in the midst of last night's State of the Union Address I learned along with many others that Howard Zinn had passed away.

I first learned of Howard Zinn's work in college, but didn't really read A People's History of the United States until seminary, when I was taking a class at the Church of the Savior's Servant Leadership School in Washington, DC. A few years later Matt and I attended a reading at Busboys and Poets,  where we heard Marian Wright Edelman, Julian Bond, and Howard Zinn movingly read the words of some of the voices  chronicled in A People's History. In so many ways that gathering was like attending a revival --- it was packed with one of the most diverse crowds I've ever been part of, black, white, hispanic, young, old, gay, and straight and there wasn't a dry eye in the place.

Commondreams.org has a moving tribute to the tremendous life and work of Howard Zinn. May our lives take inspiration from his commitment to sharing the stories of the people. RIP Howard Zinn.
Posted by Will at 12:11 PM No comments:
Email ThisBlogThis!Share to TwitterShare to FacebookShare to Pinterest

In college as part of my Introduction to Environmental Studies class we were given the opportunity to participate in a program teaching environmental literacy organized by the Orion Society. As one does, I learned a lot by attempting to teach something. Now, every time I walk into a bookstore I try and find a copy of the latest issue of the beautiful and provocative Orion Magazine. I don't always buy a copy but yesterday I did. While the interview with Kevin Kelly, founder of Wired magazine called Tending the Garden of Technology was what initially caught my attention, there's a ton of other stimulating material within those 80 pages. Check it out. 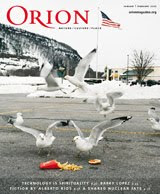 Posted by Will at 9:43 AM No comments:
Email ThisBlogThis!Share to TwitterShare to FacebookShare to Pinterest

You can listen to yesterday's sermon at Grace Cathedral, here.  Happy New Year!

Many thanks to these two... 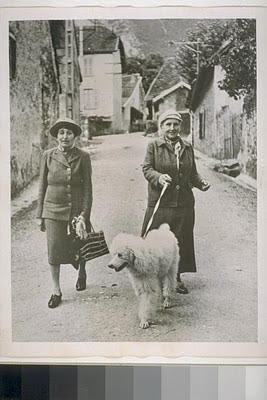 Posted by Will at 10:21 AM 2 comments:
Email ThisBlogThis!Share to TwitterShare to FacebookShare to Pinterest
Newer Posts Older Posts Home
Subscribe to: Posts (Atom)