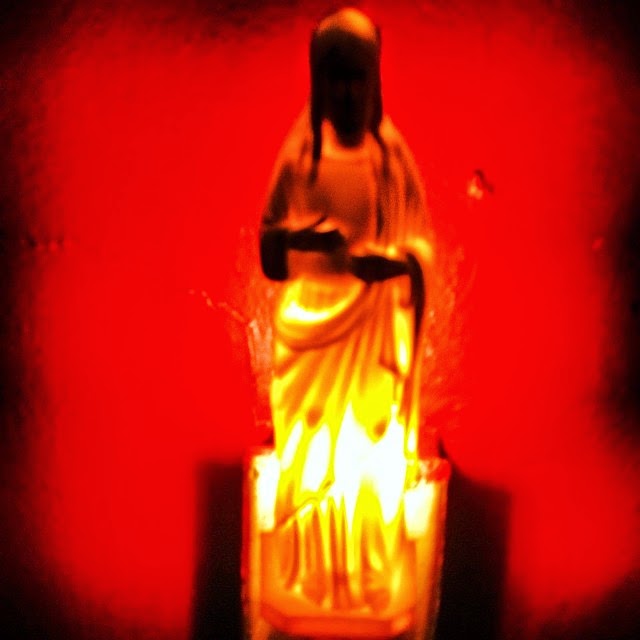 Acts 2:1-21
When the day of Pentecost had come, they were all together in one place. And suddenly from heaven there came a sound like the rush of a violent wind, and it filled the entire house where they were sitting. Divided tongues, as of fire, appeared among them, and a tongue rested on each of them. All of them were filled with the Holy Spirit and began to speak in other languages, as the Spirit gave them ability.
Now there were devout Jews from every nation under heaven living in Jerusalem. And at this sound the crowd gathered and was bewildered, because each one heard them speaking in the native language of each. Amazed and astonished, they asked, “Are not all these who are speaking Galileans? And how is it that we hear, each of us, in our own native language? Parthians, Medes, Elamites, and residents of Mesopotamia, Judea and Cappadocia, Pontus and Asia, Phrygia and Pamphylia, Egypt and the parts of Libya belonging to Cyrene, and visitors from Rome, both Jews and proselytes, Cretans and Arabs—in our own languages we hear them speaking about God’s deeds of power.” All were amazed and perplexed, saying to one another, “What does this mean?” But others sneered and said, “They are filled with new wine.”

But Peter, standing with the eleven, raised his voice and addressed them, “Men of Judea and all who live in Jerusalem, let this be known to you, and listen to what I say. Indeed, these are not drunk, as you suppose, for it is only nine o’clock in the morning. No, this is what was spoken through the prophet Joel: ‘In the last days it will be, God declares, that I will pour out my Spirit upon all flesh, and your sons and your daughters shall prophesy, and your young men shall see visions, and your old men shall dream dreams. Even upon my slaves, both men and women, in those days I will pour out my Spirit; and they shall prophesy. And I will show portents in the heaven above and signs on the earth below, blood, and fire, and smoky mist. The sun shall be turned to darkness and the moon to blood, before the coming of the Lord’s great and glorious day.

Dear St. Aidan’s, what an honor to celebrate this amazing liturgical feast of Pentecost with you, and happy birthday! They say this day is the birthday of the church--not just this church, but all churches. St. Aidan’s, though, has been listening to and attempting to keep up with that same revolutionary Spirit, described in our reading from Acts as sounding like rushing wind and appearing as strange fire on the heads of that odd group of aspiring Jesus followers, since your founding.  At age 60 this year, you are still one of the youngest churches in the Diocese of California and the second youngest in the city of San Francisco. Your congregation’s profound authenticity and courage through the years has borne witness to the Divine Spirit’s eagerness to embrace humanity--each and every one of us--and put us to joyful work for the common good. Whether it was protesting for civil rights, or welcoming earlier than others the leadership of ordained women like Deacon Phyllis Edwards and the Rt. Reverend Nedi Rivera, or ministering to, with, and for the LGBT community before, after and during the HIV/AIDS crisis, St. Aidan’s has shown the whole church and the city of San Francisco what following the Spirit can look like.

In recent years you and your bold Rector have continued to provide robust and creative leadership, modeling what neighborhood engagement is all about: supporting the Night Ministry, Sojourn Chaplaincy, Sacred Space San Francisco, your food pantry, and getting not just your congregation prepared, but the whole Diocese prepared for disasters. By the way, Father Tommy told me yesterday that he’s got quite a packed schedule today befitting the significance of Pentecost: visiting the historic Ebenezer Baptist Church in Atlanta where The Rev. Dr. Martin Luther King Jr. preached the gospel, attending a Methodist church with a friend, and then a gospel drag brunch at a restaurant called Lips.

The Spirit of Pentecost, the Spirit that animates all life and that does something particular it seems with folks like you and me who are interested in the way of Jesus, puts us in strange places with strange people and asks us to do some tough stuff as we together seek to turn the world around. It doesn’t mean we are going to end up healthy, wealthy and wise, at least not in the ways that the world measures success.  Most of the individuals I’ve known in my life that were really noticeably living in the Spirit have scars and wounds from having put themselves out there for justice, truth, compassion and the dignity of others.  If they haven’t literally been shot at, they have been the victims of cruelty, gossip, been ignored and persecuted or are flat broke, but all the while they have carried that flame, that fire with them, and that has made all the difference. That flame, that fire doesn’t always make a church large, doesn’t always make a crowd fall on their knees, and isn’t contained by an institution or its trappings.  That fire, that flame abides with each one of us uniquely and inspires us to listen and pay attention to the particulars of our story, our community, our day-to-day lives. That flame, that fire, empowers us to be ourselves where we are and to be witnesses to the love and liberating power of Christ.

The other day I was visiting a friend of mine in Berkeley who works for the Bancroft Library. He told me about what was going on there this past week, an event called BREATH OF LIFE / SILENT NO MORE Language Restoration Workshop for California Indian Languages hosted by The Advocates for Indigenous California Language Survival and The Survey of California and Other Indian Languages. I thought of Pentecost as my friend spoke about the profoundly moving experience of watching people come into that large, venerable academic institution, many for the first time, and open up archives and discover recordings of their ancestors. To me it is the Holy Spirit, the Divine Spirit that helps us individual human beings appreciate in a deep way the experience of others. When we are in touch with the Spirit we are like those flaming in Acts.  We are able to be in touch with our authentic selves, our roots and at the same time understand and comprehend the meaning and significance of others. We may not know their language but we can “get” the pain, joy, grief or experience of another. It is a failure to listen, a failure to appreciate, a failure to be in and of the Spirit that leads us astray that allows us to be cruel, inhumane, and oppressive of others --- that allows us to say my language is better than your language, or my religion is truer than your religion, that forces my way on another. The genocide of indigenous peoples that many of our Episcopal/Anglican ancestors were part of, were complicit with and in some parts of the world may still perpetuate –is a consequence of our human failure to honor the dignity and worth of every human being, a failure to walk in the way of Jesus and a failure to take in the meaning of Pentecost.

In 2009 the Episcopal General Convention repudiated the Doctrine of Discovery.  The Doctrine of Discovery is a key premise for non-Indigenous government claims to legitimacy on and sovereignty over Indigenous lands and territories. It is used in particular by former British colonies, specifically Canada, Australia, New Zealand and the United States. In 2012, Presiding Bishop Katharine Jefferts Schori issued a pastoral lettering saying, “We seek to address the need for healing in all parts of society, and we stand in solidarity with indigenous peoples globally to acknowledge and address the legacy of colonial occupation and policies of domination.  Our Christian heritage has taught us that a healed community of peace is only possible in the presence of justice for all peoples.  We seek to build such a beloved community that can be a sacred household for all creation, a society of right relationships.” So much of the Christian Church, both Catholicism and Protestant operated for centuries with such a wrong approach to engagement with other peoples. Our church’s acknowledgement of that wrong belief by repudiating the doctrine of Discovery should make us wonder what other destructive ideas and interpretations is the church still clinging to that contaminate our witness to a God of love, justice and peace? Are we failing by not collectively and individually embracing more dramatic changes in our contemporary lives relating to climate change and gun control? In both cases, science and technology point us towards healing and right action, yet we are far too slow to act. Perhaps we need to welcome and ask the Spirit to set us ablaze with a passion strong enough to become the organizers and activists needed for our time--to challenge ourselves, businesses, organizations and schools to dramatically lower our carbon footprints, switch to clean energy technology and encourage divestment from both gun making and oil drilling. What could be a more Pentecost-like agenda than advocating for solar, wind and a world with fewer weapons?

So what is our Pentecost lesson today? That life in the Spirit is different. When we are set ablaze something happens to us. We experience a sense of belonging and solidarity with others and the cosmos that transcends all divisions, and at the same time gives us a deeper awareness of our distinctiveness as individuals with unique gifts, stories, opportunities and experiences. We are moved, as Peter was, to speak prophetic truth about the Divine’s embrace, quoting Joel:

Our work, it seems, is to give voice to the inclusive love of God, and to open ourselves up to hearing that message come back to us from anywhere or anyone. Yesterday I was in a book store and discovered an interesting title, In Search of the Christian Buddha, which is about an Islamic legend called Barlaam and Josaphat that is actually a retelling of the story of Siddhartha Gautama that was ultimately embraced by both western and eastern Christianity.

Just as the Apostles went out from Jerusalem to engage the life of the Spirit with others, to sell what they had to share with those in need, to care for the sick and challenge the powerful to greater compassion, we too have work to do.  That work is fueled by the fire of the Spirit within us and not our own egos or institutional agendas. This Pentecost, let us take in both the good news and the challenging word that moves us to be witnesses to the love of God, and that also challenges us to acknowledge where we have gone astray—or how we have failed to really “get” the message and allow it to change us. Perhaps the antidote to our past Christian triumphalism is to work in solidarity with sisters and brothers from other faith traditions, to acknowledge our past inhumanity, seek deeper understanding of how much we have in common, and pay attention to how the Pentecost story of Acts might still hold lessons for us and our communities.Happy Birthday!
Posted by Will at 8:12 PM No comments:
Email ThisBlogThis!Share to TwitterShare to FacebookShare to Pinterest
Newer Posts Older Posts Home
Subscribe to: Posts (Atom)