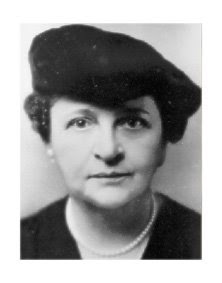 My colleague at Grace Cathedral Elaine Belz recently shared this great article from Sojourners, on the influential 20th century Episcopalian Frances Perkins. I've often thought a cool advertising campaign for the Episcopal Church would involve photos of some of the inspiring characters who have hung around with us through the years like Frances Perkins, Margaret Mead, Edward Albee, Bette Davis, Judy Garland, Norman Rockwell, John Steinbeck and Georgia O'Keeffe.

THOUGH PERKINS GREW up in Boston as a Congregationalist, she was confirmed at the Episcopal Church of the Holy Spirit near Chicago, where she was teaching and volunteering at Jane Addams’ Hull House. With her Book of Common Prayer in one hand and Jacob Riis’ How the Other Half Lives in the other, Perkins waded into the tenement houses and sweatshops to interview immigrant women about their lives. For the rest of her life, she used this triad—liturgy, analysis, and the voices of those at the bottom—as a tool for shaping public policy.

Donn Mitchell, editor of The Anglican Examiner, told me that Perkins had a deeply sacramental spirituality, which helped shape a “politics of generosity”—in which the state was the instrument through which the national community expressed its compassion. This was no small shift, said Mitchell, who published an article about Perkins in May. Her vision of the New Deal was a radical theological shift away from the judging and punitive God of Puritan and Calvinist theologies and toward the community-based solidarity of the immigrant Catholics and Jews.

“Frances Perkins was a social scientist and an artist,” Mitchell said. “She had a strong aesthetic orientation and the sacramental language spoke to her. Beauty was a manifestation of God’s graciousness. She saw that many people were cut off from this beauty by industrial problems and poverty. It became an incarnational act for her to bring provisions to the people who needed it. Since she couldn’t do that for everyone, she developed legal structures through which she could deliver the necessary things of life to those in need.”

Posted by Will at 3:15 PM No comments:
Email ThisBlogThis!Share to TwitterShare to FacebookShare to Pinterest
Newer Posts Older Posts Home
Subscribe to: Posts (Atom)